Rev. Toliver’s professional career includes a tour in the United States Marine Corps (USMC) from 1975 to 1979 where he served honorably. He then worked as a Computer System Field Engineer at Unisys Corporation from 1980 to 1993 before returning to public service as a Computer Systems Engineer for the Federal Government from 1993 to 2004. In 2004, Rev. Toliver entered the ministry full-time after having already served as the bi-vocational pastor at First Baptist Church South Hill for more than 17 years.

Rev. Toliver is a 1971 graduate of Crestwood High School, Chesapeake, VA. He was awarded a Bachelor of Arts from Saint Leo College, Saint Petersburg, FL in 1987. He went on to earn a Master of Business Administration from Golden Gate University, San Francisco, CA in 1990. In 1992, Rev. Toliver earned his Master of Divinity from the Samuel D. Proctor School of Theology, Virginia Union University, Richmond, VA.

Rev. Toliver is married to Bennette Winborne Toliver and they are the proud parents of two adult children; Miki Toliver King and Michael Jermaine Toliver, who are married to Kwayne King and Kristina Toliver respectively. The Toliver’s have four grandchildren; Andrew and Preston King, and Michael Ray II and Mia Toliver.

Rev. Toliver serves as the Vice President of the Chesapeake Coalition of Black Pastors. He is a member of the Board of Directors of the ForKids Organization. Rev. Toliver is also an active member of the Alpha Phi Alpha Fraternity Incorporated. 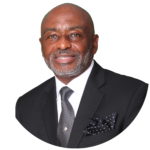 First Lady Bennette W. Toliver is a lifelong resident of Chesapeake.  She attended Crestwood High School and is a graduate of Indian River High School.

Mrs. Toliver has served the ministry of FBCSH in many capacities.  Her primary focus had been the indispensable supporter of her husband and our senior pastor.  Pastor Toliver attributes his personal growth in ministry to the faithful and dedicated prayers and support of his life partner.

Mrs. Toliver was instrumental in the founding of the Women’s Ministry of our church.  She has provided spiritual leadership, mentorship, and served as the inspiration to the ministry for years.

It is her compassionate heart for the under-resourced and disadvantaged that has revealed God’s calling on her life.  Mrs. Toliver has a passion for meeting the needs of the hungry.  She organized, implemented, and oversees the current Food Pantry Ministry of the church which provide food to hundreds of households monthly.

She is the coordinator of the Missions and Outreach Ministry of FBCSH.  In this capacity she facilitates accommodating the needs of the homeless and those suffering because of life’s unpleasant realities.  Additionally, she coordinates the annual Angel Tree Ministry that provides Christmas gifts to more that 300 children annually.

While serving as the inspiration, mentor, and counselor to members of the church family, she cherishes her role of mother of two adults and “Nana” to four grandchildren.  She is also regarded as the matriarch of the Toliver family.